People in most Black, Asian and minority ethnic groups who live in low income households have the worst health prospects in Great Britain. Although this varies across different ethnic groups, the overall picture shows that many Black, Asian and minority ethnic people living in neighbourhoods experiencing disadvantage have a lower life expectancy and a higher likelihood of developing a long-term health condition than UK averages.

Most of this health inequality is caused by social and economic factors such as jobs and income, housing conditions and your local environment. Minority ethnic people in Britain have higher odds of living in areas experiencing disadvantage, and are more likely to experience unemployment and low pay. For example, young Black people are most likely to be unemployed and Bangladeshi people are the most likely to live in overcrowded households.

Research by Kings College London and UCL has shown that racial harassment and discrimination both contribute to ill health, Structural racism can lead to people to be excluded from participating fully in their own neighbourhoods or workplaces.

These issues add up over the course of a lifetime, meaning that ethnic inequalities in health get worse the older you get. In older age groups, social isolation also becomes a problem that has a serious impact on health.

COVID-19 made these health inequalities very visible, with the number of deaths among Black, Asian and minority ethnic communities hitting the headlines. One factor was that health messages were not sensitive to different cultures, so people were missing out on key information, but none of the reasons were new. As we have seen, they are systemic – and these statistics are a stark reminder of the reality of exclusion.

Our work with Black, Asian and minority ethnic groups and health

Many of our funded partners are led by and working with Black, Asian and minority ethnic community groups to improve health in various ways. This could be helping people to improve employability through education and skills, tackling local issues such as housing, or growing social connections for groups such as refugee women, or working in specific neighbourhood such as Lozells in Birmingham, which has a high population of people from South Asian backgrounds and migrant residents. We also fund groups tackling distinct injustices, such as the African Caribbean community in Sunderland.

When you experience discrimination in your job search and are out of work it has a negative impact on your mental health. We help people rebuild their confidence and take this positivity into job interviews 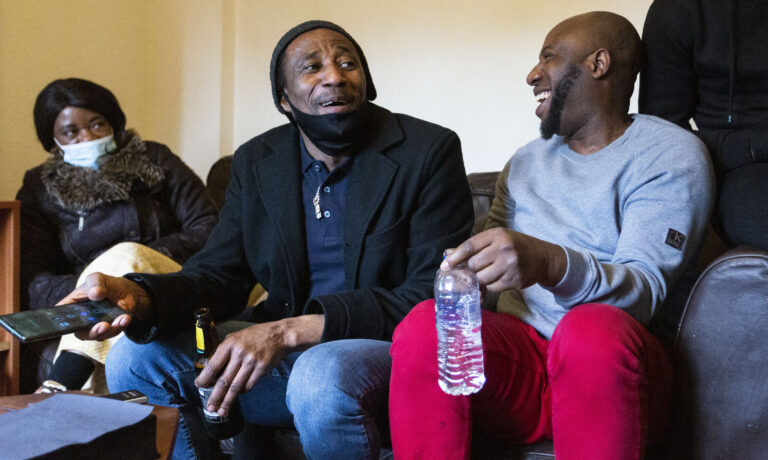 Sunderland and South Tyneside Centre For People Of African Heritage

Regular and culturally appropriate meetings and activities for black people from diverse backgrounds in Sunderland and South Tyneside. The meetings are held at a fully accessible venue and provide a range of activities including employment support.

Discrimination gets ‘under the skin’

CEO, John Hume, writes about the importance of tackling discrimination as a determinant of health.

In this blog to mark the end of Black History Month, we hear from the Trust’s Network and Communications Officer, Peter, on how racial inequalities have created disparities in the health.

The research on minority ethnic communities and health

Racial Discrimination and Health: a prospective study of ethnic Minorities in the United Kingdom