A series of events and activities are planned as part of LGBT+ History Month across the country.

Despite equal rights legislation and attitudes changing over time, there is still inequality across Great Britain and the rest of the world, with the LGBT+ community facing barriers and discrimination.

At the Trust, we work to ensure that where you live does not unfairly reduce the length of your life, or the quality of your health - this includes marginalised people across the LGBT+ community.

The Trust has funded more than 2,800 local projects since 2011, including projects which support the LGBT+ community. We fund projects that offer support and an open, safe space for LGBT+ individuals in communities to make sure their voices are heard.

The Trust-funded project QUACY is run by The Kite Trust, and provides a regular drama group for LGBT+ young people living in and around Cambridge.

The weekly theatre based group supports young LGBT+ people to come together and engage in a programme of positive activities that will help create social networks and help improve their confidence.

Jack, who is one of the project workers, said that being involved was having a positive impact on its members.

He said: “It’s a great opportunity to meet other LGBT+ people, make friends and address issues related to sexuality and gender in an environment that encourages positive creative expression.

“Members have complete control of the stories they wish to develop and are given free rein to lead, develop and dramatise scenes from their own lives, or anything they want to explore.

“It is important to combat isolation and create a sense of community for members. Some members go to the same school but had never spoken to each other before coming along to the project.

“The project is so important because it helps unite members’ identity as well as their passion for the arts.”

Jack says that by being involved in the project, members are starting to build their confidence. He said: “There were some members who felt incredibly awkward and didn’t speak the first time they came along but now they are really getting involved and sharing their ideas and opinions.” 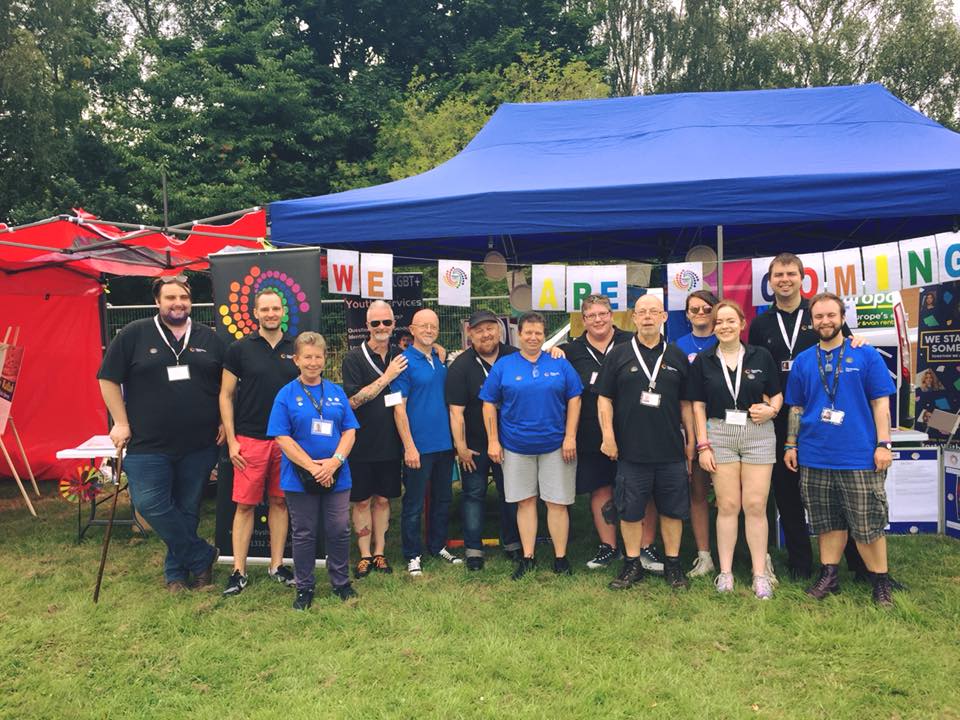 Supporting and empowering the LGBT+ community is an important part of our vision and mission to create an equal and fairer society for all.

Ian Robson, CEO of Derbyshire LGBT+ Ltd, says that it is as important as ever to support the LGBT+ community, particularly the older generation.

He said: “LGBT+ older people are a forgotten and ignored group, they can be ignored by the LGBT+ communities who focus on youth and don’t want to think about getting older. They can also be ignored by the wider community, who only see LGBT+ people as young.

“It is common for older members of the LGBT+ community to not have family support, many will have had to give up families or have been disowned for being gay, lesbian or trans. They won’t usually have had children, so as they get older they start to lose partners and friends, they find their world decreasing until for some they become isolated and lonely.

“To understand this group within our society, you have to understand their history, many of them will have lived before the 1967 partial decriminalisation of homosexuality, when it was illegal to be gay and even after the law changed, things didn’t get much better.

“If we look to the 1980s, prejudice and violence were common for the LGBT+ communities. This is a community that has lived in fear for their lives and as they get older sometimes do not come out to GP’s, social workers etc. They instead hide and try not to access services and support in fear of being treated badly.

“Our Golden Rainbow groups, which are funded by the Trust are vital, not only in reducing isolation and loneliness but in informing members of the support that is available and supporting them in accessing support.

“For some of our members, it is their only opportunity to socialise and have the opportunity to meet people. As part of the group we have an LGBT+ history project called ‘other stories’. This allows the group to reminisce and share their own stories, which for many are emotional and cathartic. Some members have chosen to have their stories recorded orally on tape or videoed. A lot of LGBT+ history has been hidden and destroyed and this allows us to record these valuable stories, which cover an amazing time in history for LGBT+ people.”

Every year, there are numerous events up and down the country and different ways that you can get involved.

To find out more, visit: https://lgbthistorymonth.org.uk/about/

To read more blogs from the Trust, click here.

Support us, play The Health Lottery!